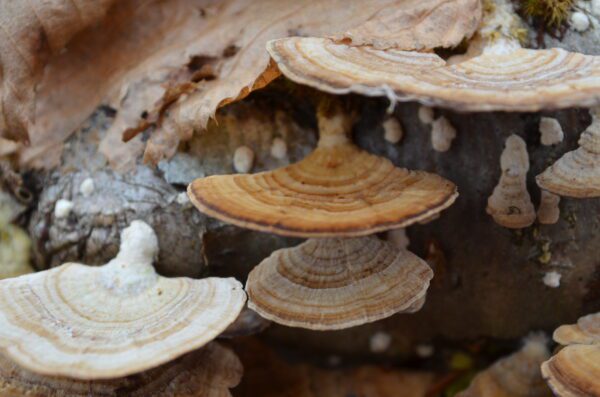 I set off into the woods to study fungi. I was pleasantly surprised by the diversity of mushrooms growing on such a cold day in November, in Vermont. Once I discovered a species and started to take a closer look I forgot about how cold my fingers and nose were. I was just memorized by the intricacies of tiny details and how in each and every footstep there seems to be an entire world of activity. 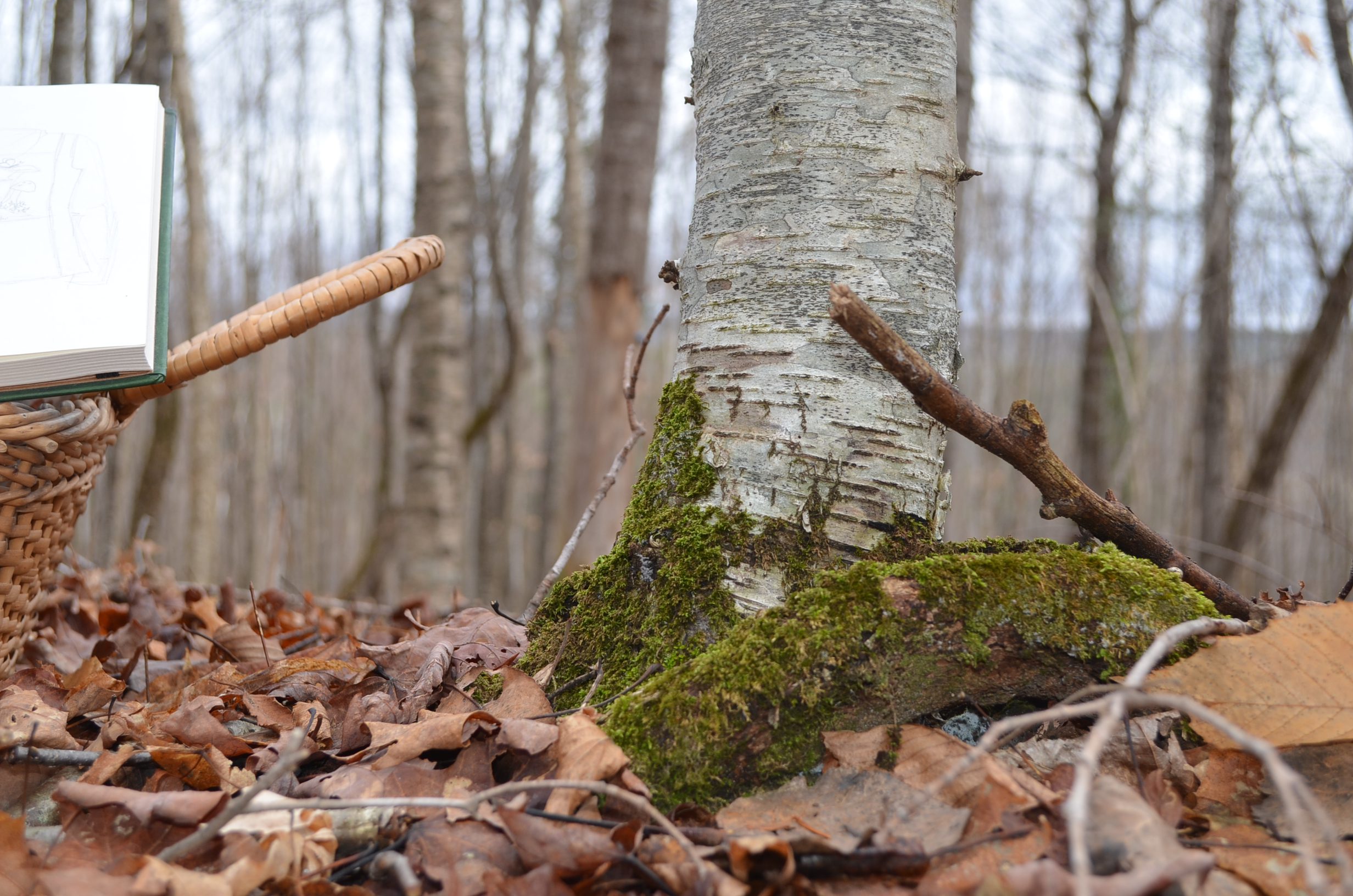 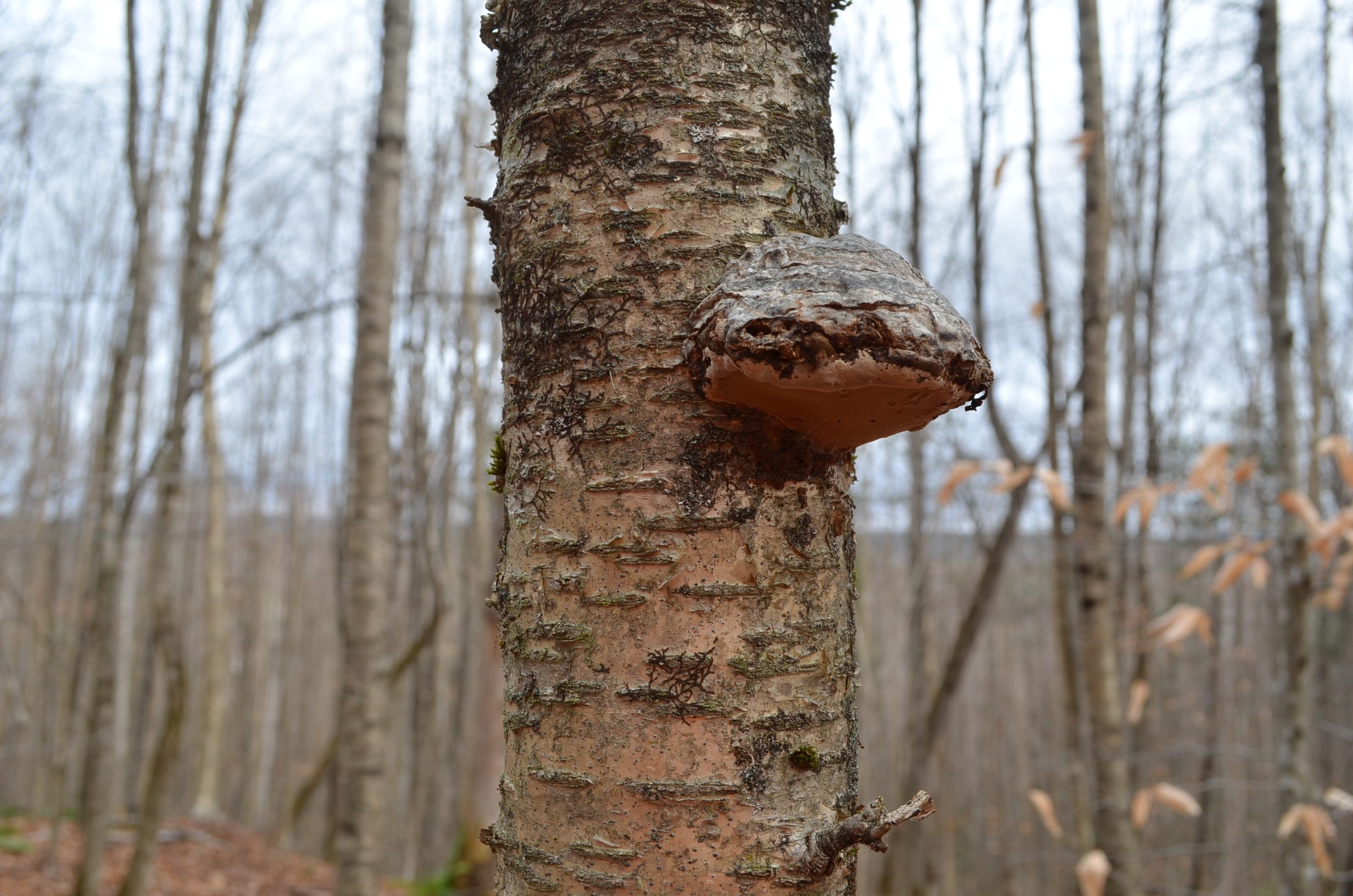 I brought with me a basket, a sketch book, pencil, magnifying lens, the book “Mushrooms” by Thomas Laessoe and my dog, Nash. As he pranced happily along through the woods I couldn’t help but think of all the things we trampled on and their strengths, fragilities or their secret desire to be disturbed so they might distribute their seeds. This delicate balance I often take for granted. With a closer look I find a spider on a tree just just chillin under a bracket mushroom. While some mushrooms are mycorrhizal, meaning they benefit their host trees others are necrotrophic, killing their hosts. 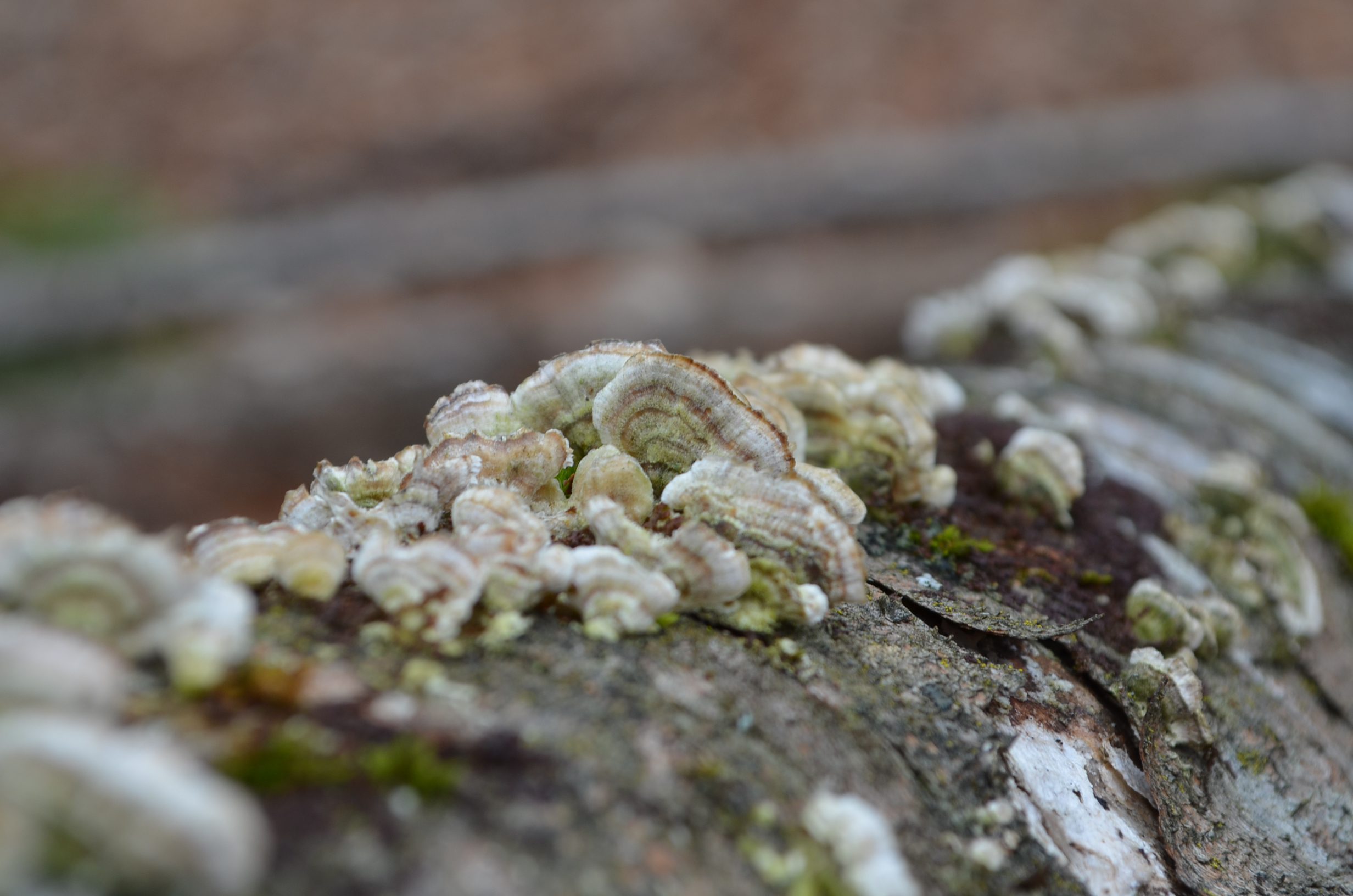 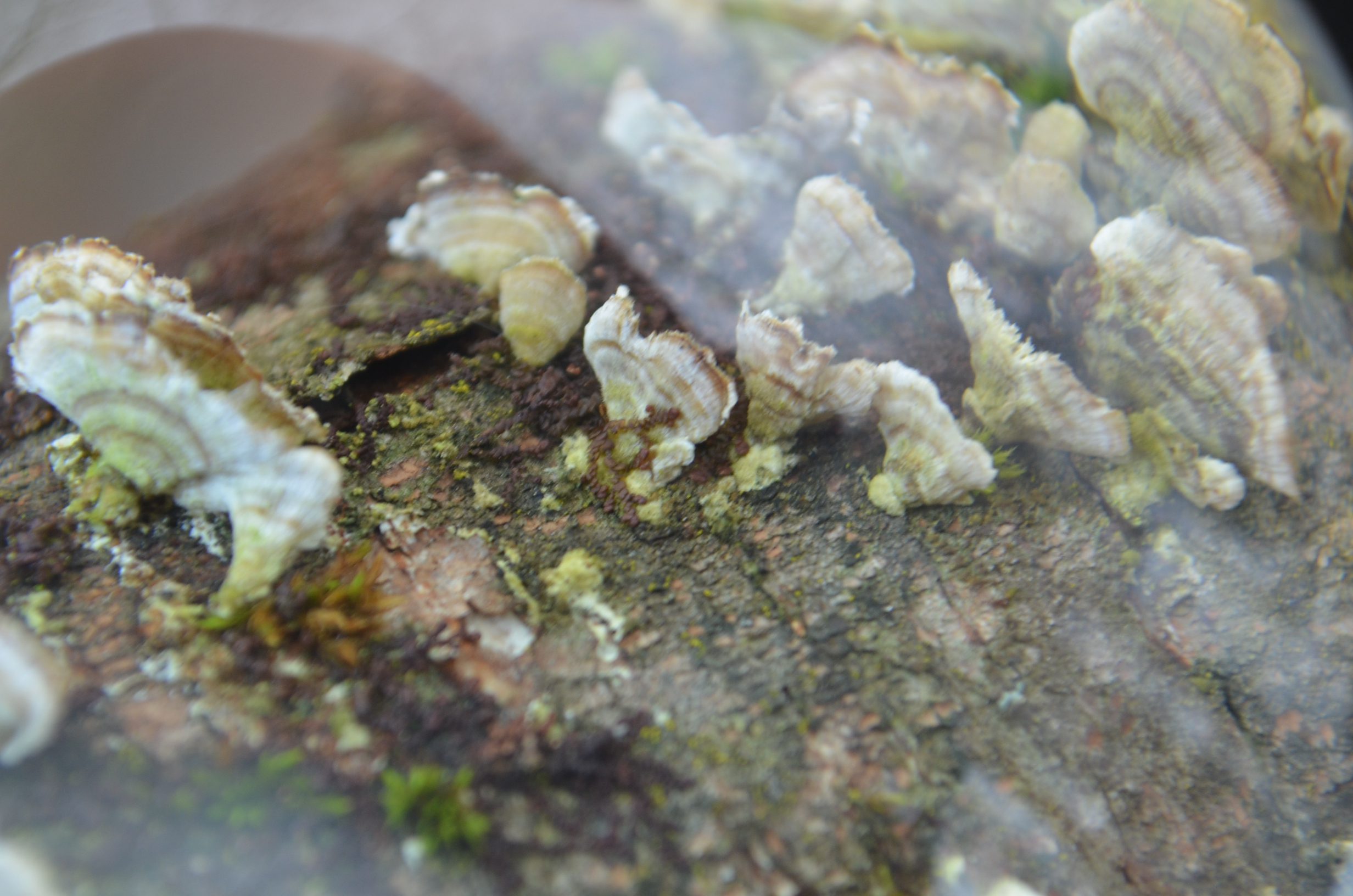 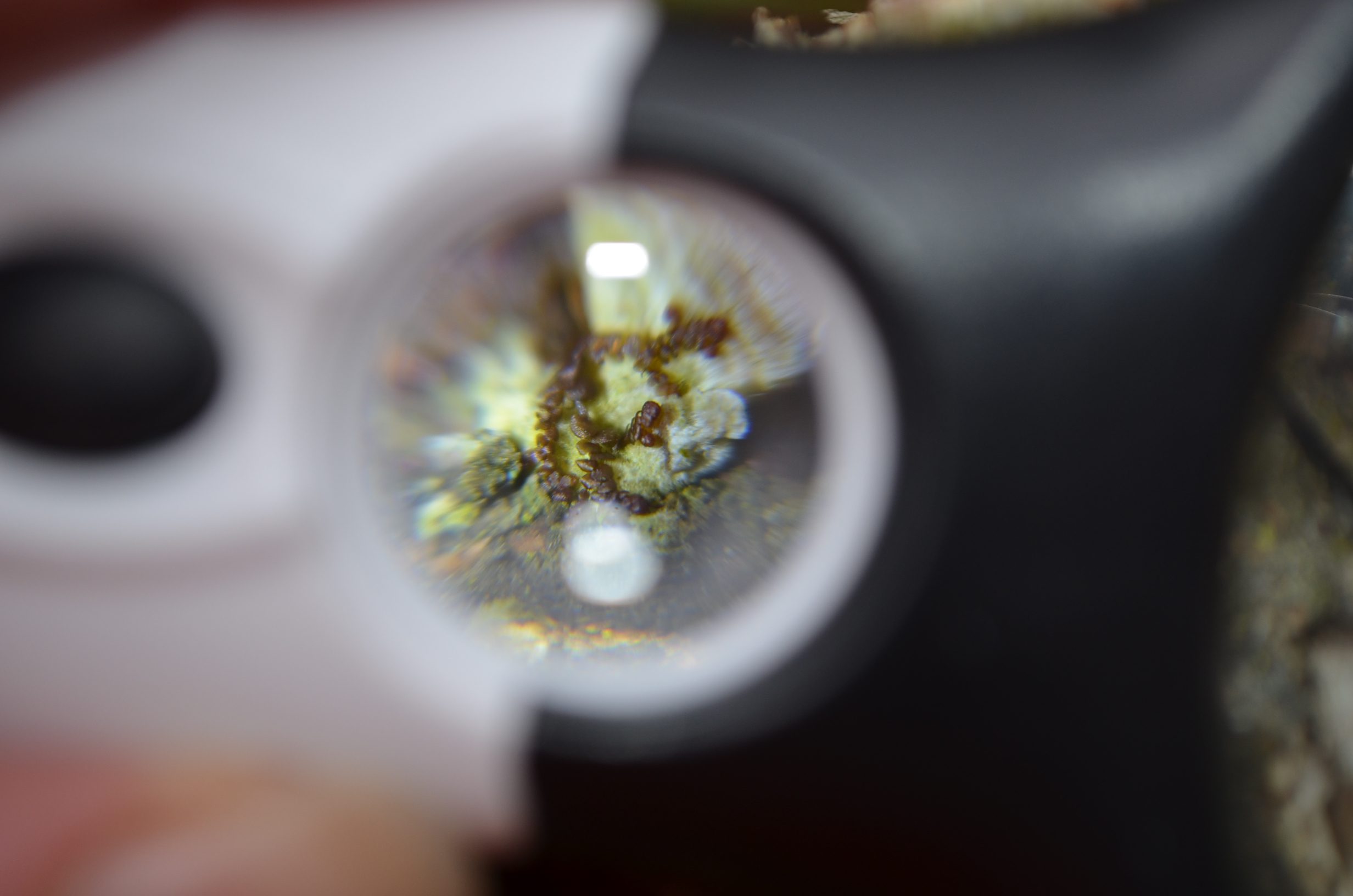 Challenging as it might be I was able to identify this Lemon Disk Fungi. Unfortunately I did not get a close up photo of this family under the magnifying lens but I have a vivid picture in my head of magical, mini, crystal like, sparkly disks. You can see what looks like tiny white waxy specs on the rotting wood in this photo but magnified they are beautiful. 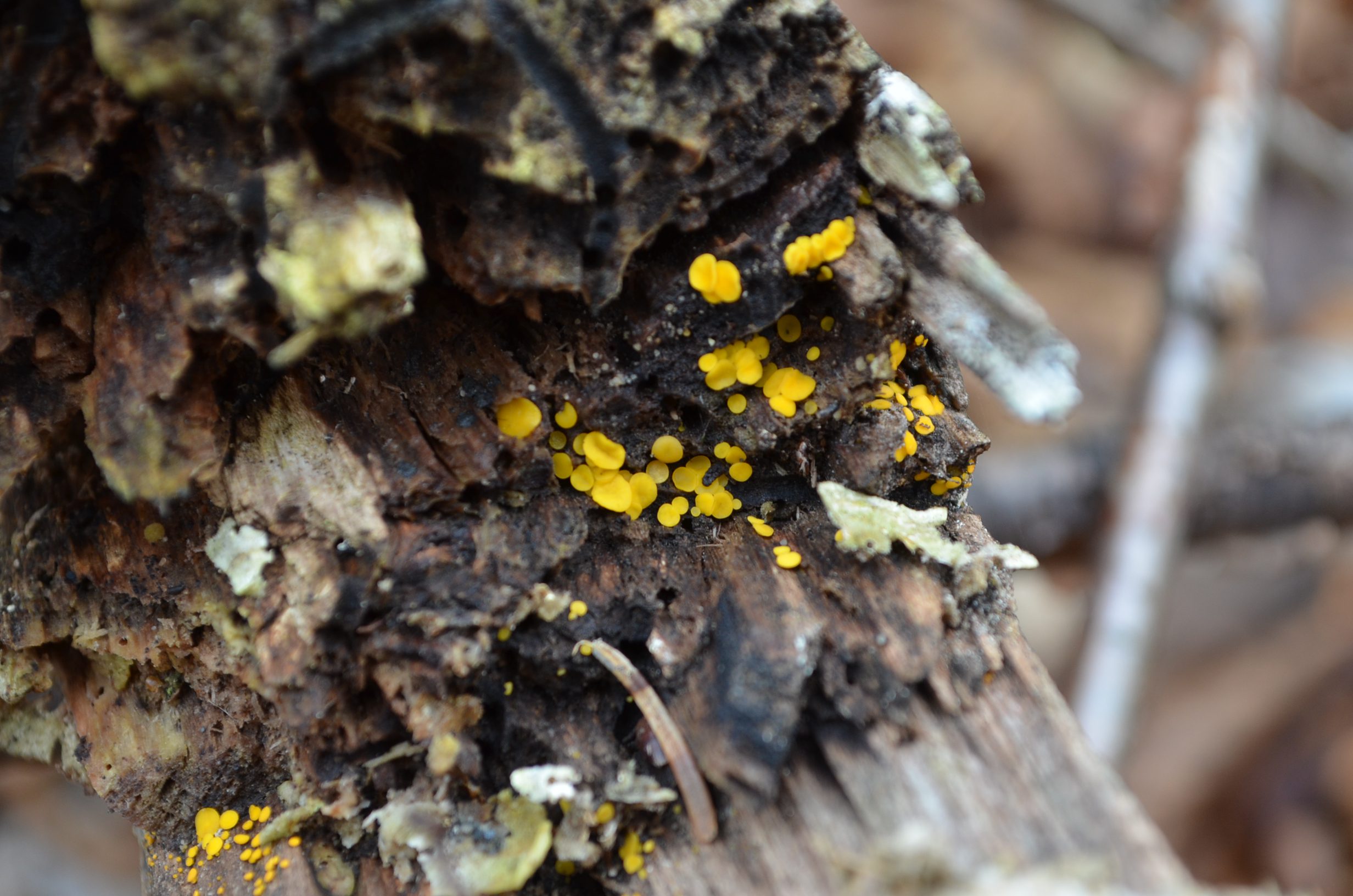 Completely unaware of the complex scientific names and families we use to categorize only 4% of our earth’s 1.5 million species of fungi, this slug clearly knows more about them than I. 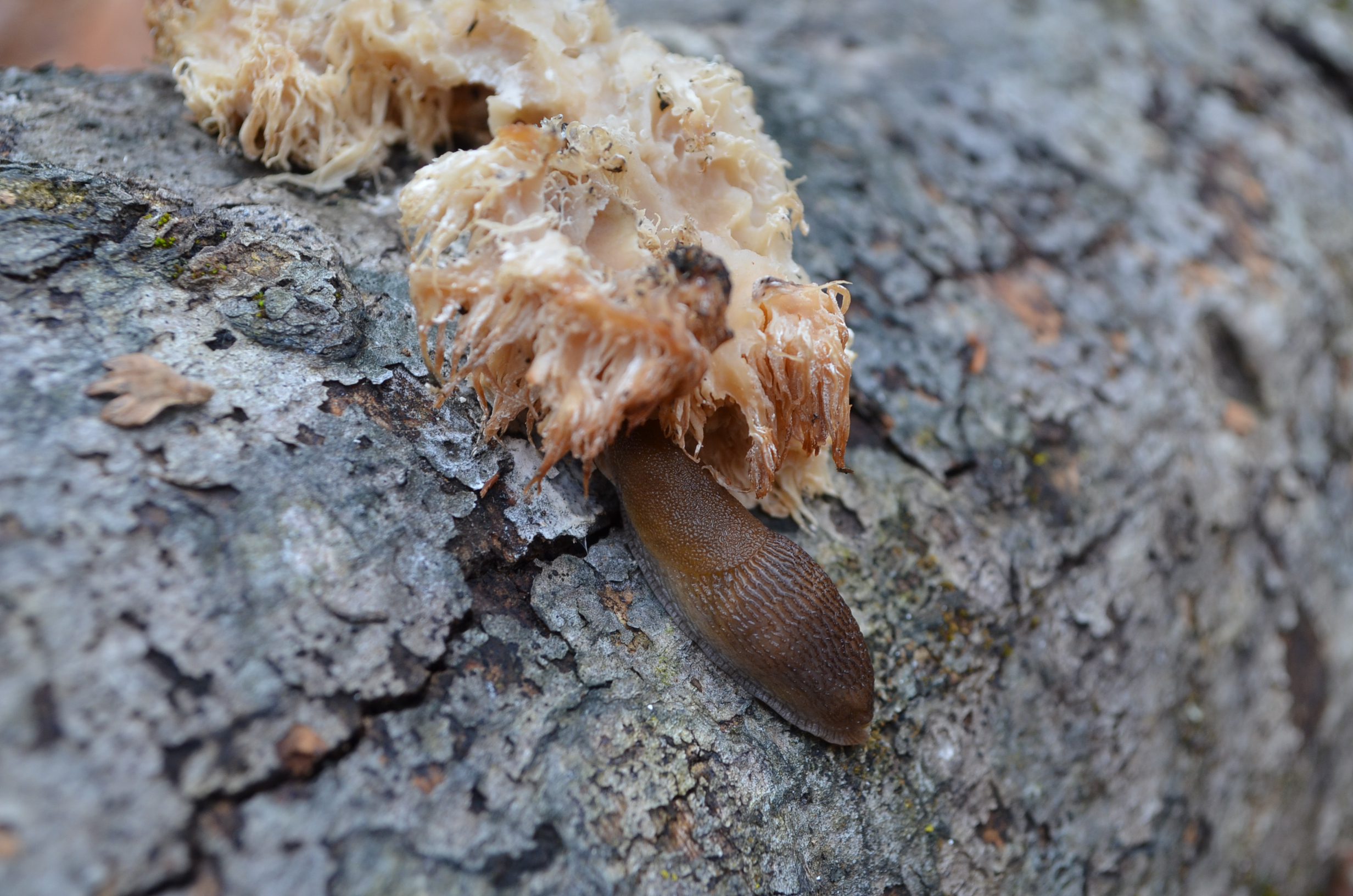 This was by far my favorite little world of fungi, a mix of wispy lichens and mini moss like trees surrounding a coral reef of what I think to be some species of club-shaped fungi or coral-like fungi. It is easier to imagine this as an underwater scene than it is for me to imagine the entangled world below of hyphae as they form mycelia. 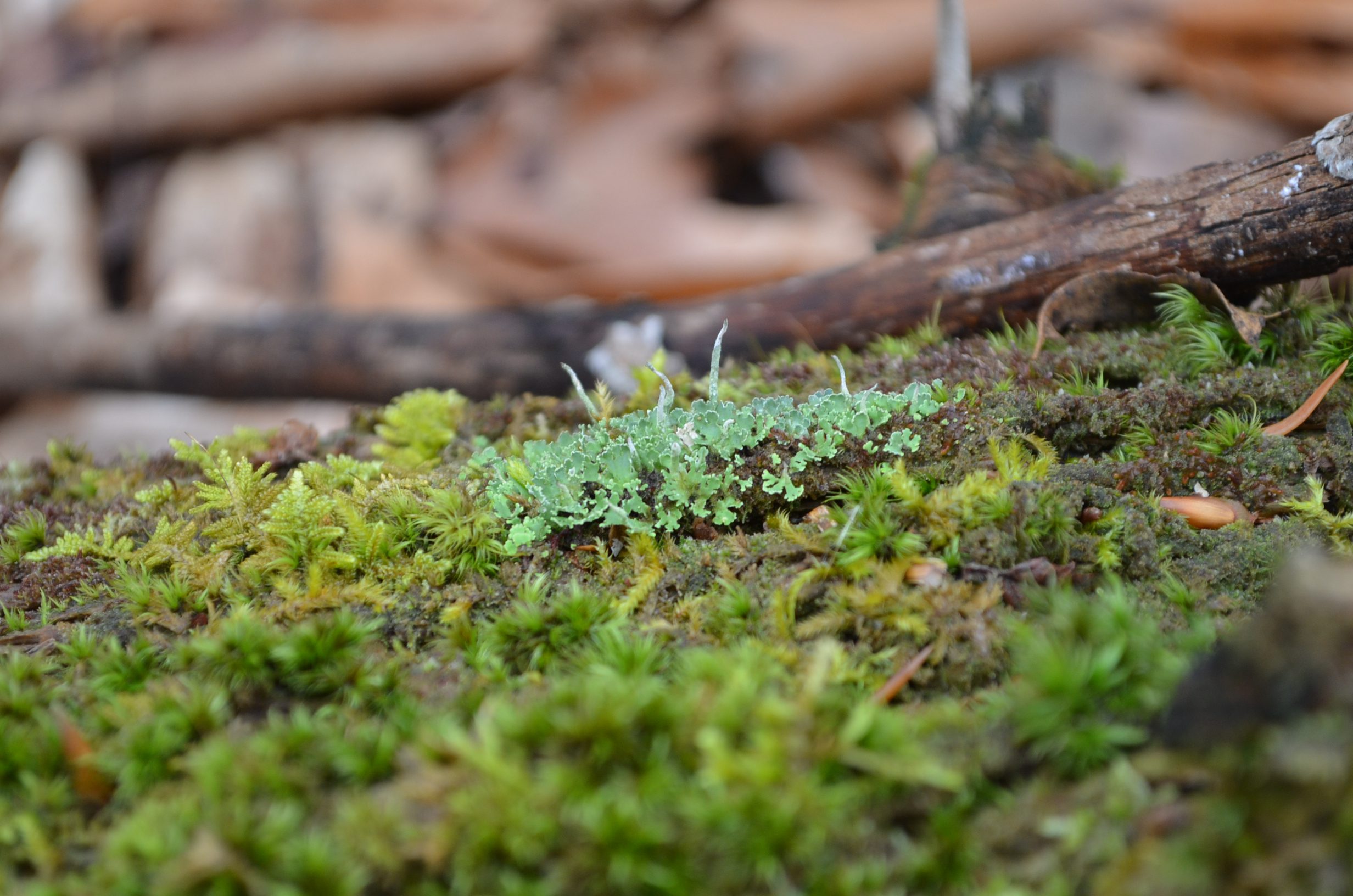 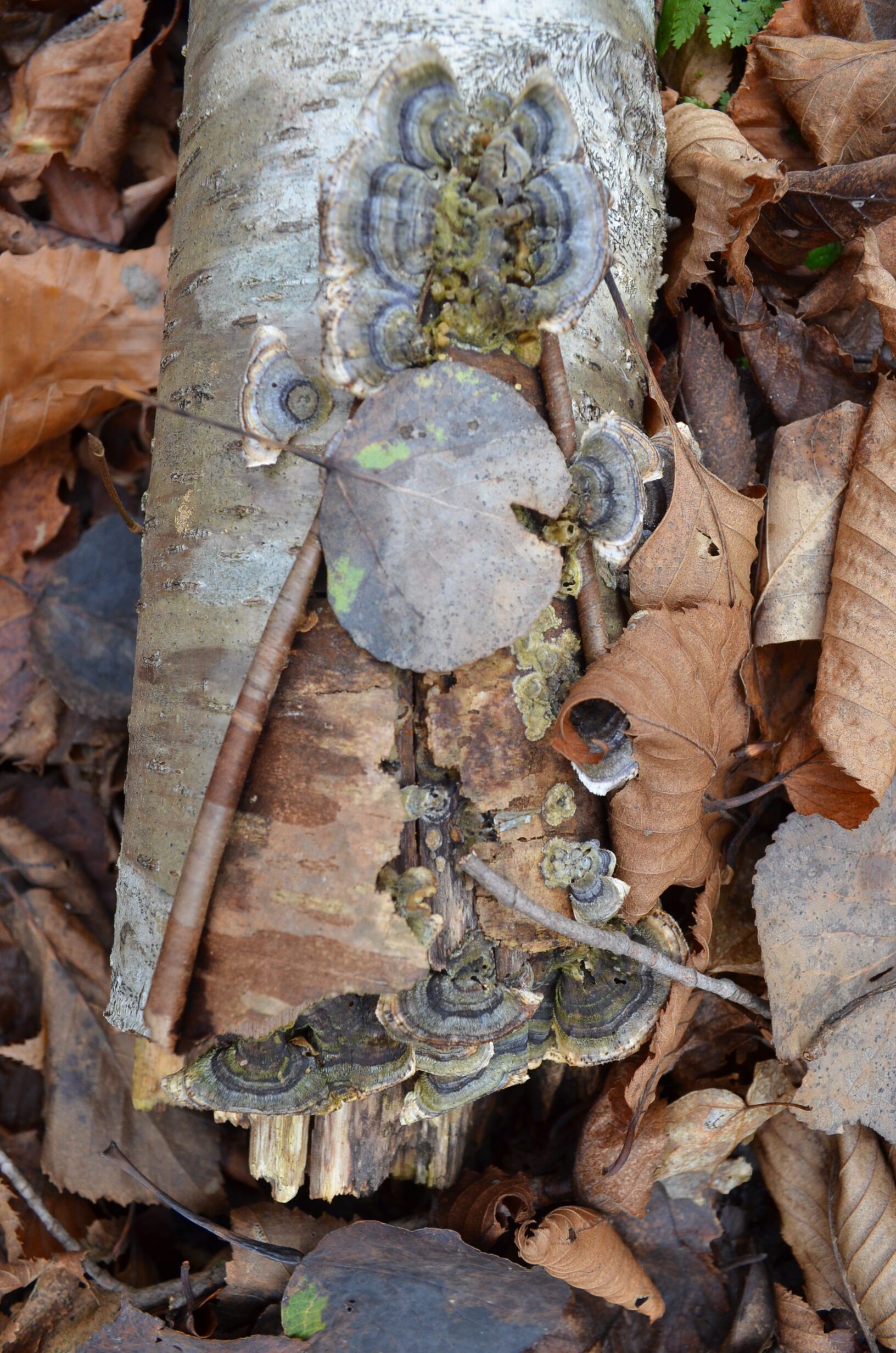 Follow the link to see a Mushroom Applique World 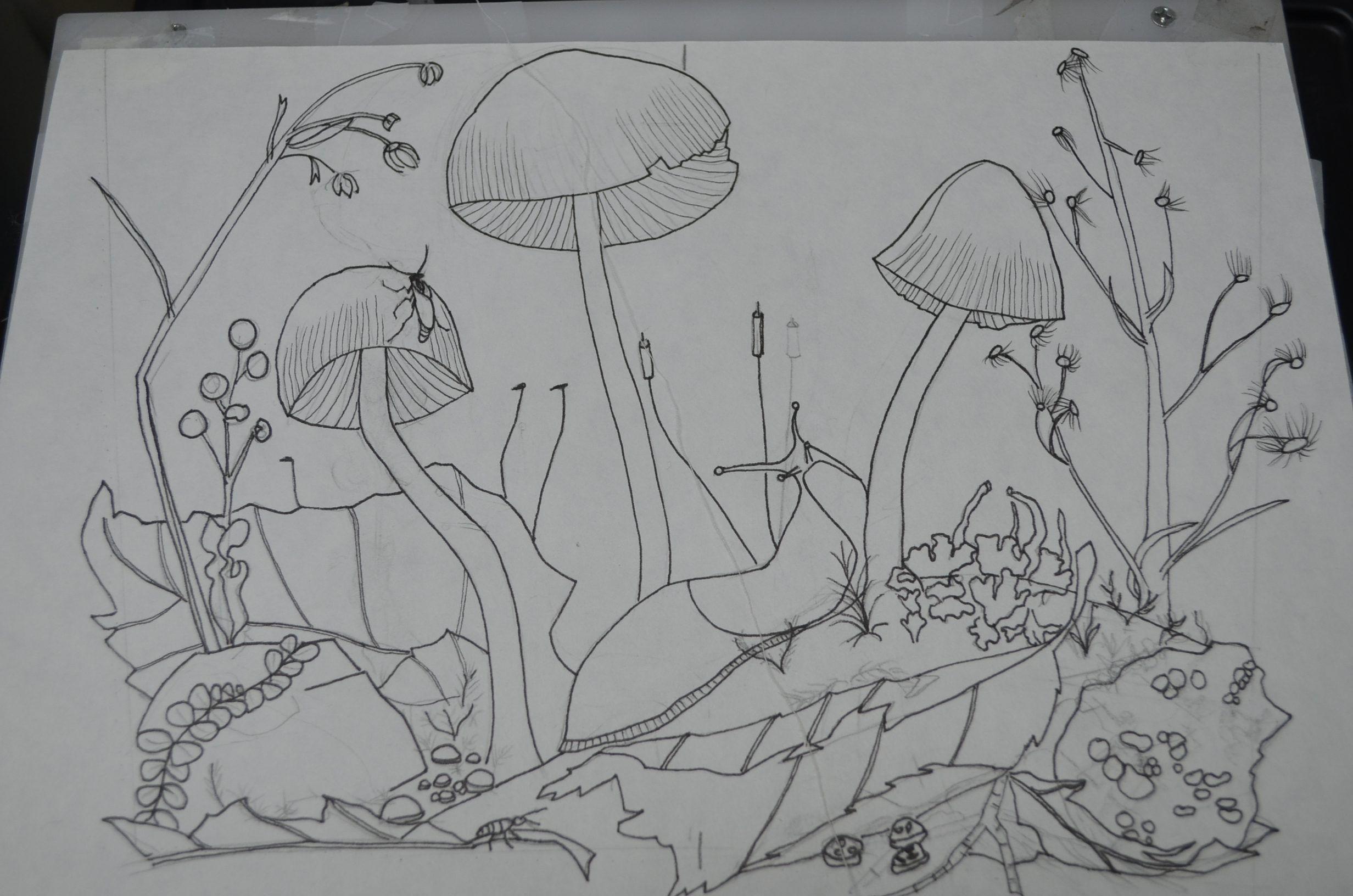 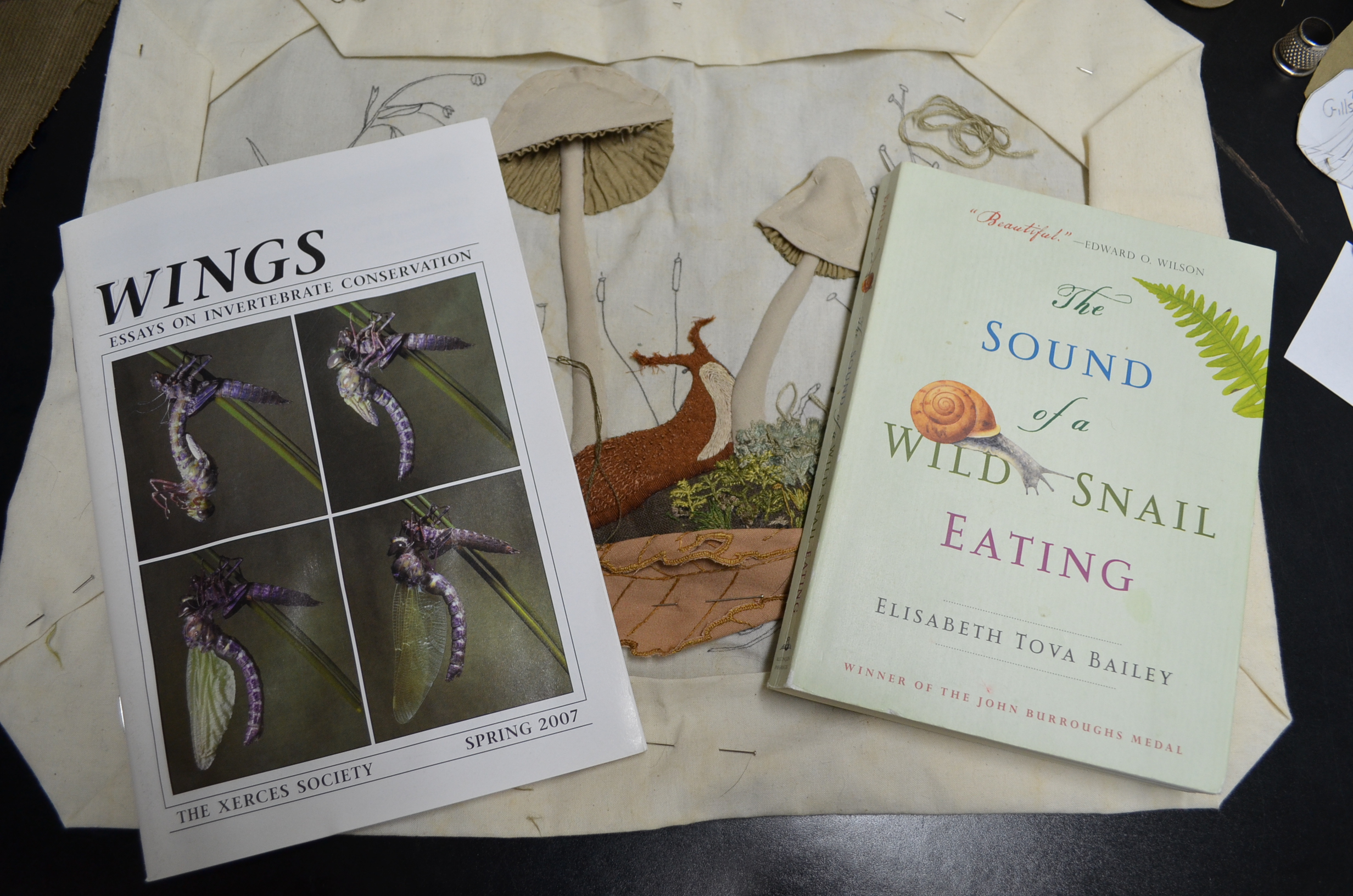 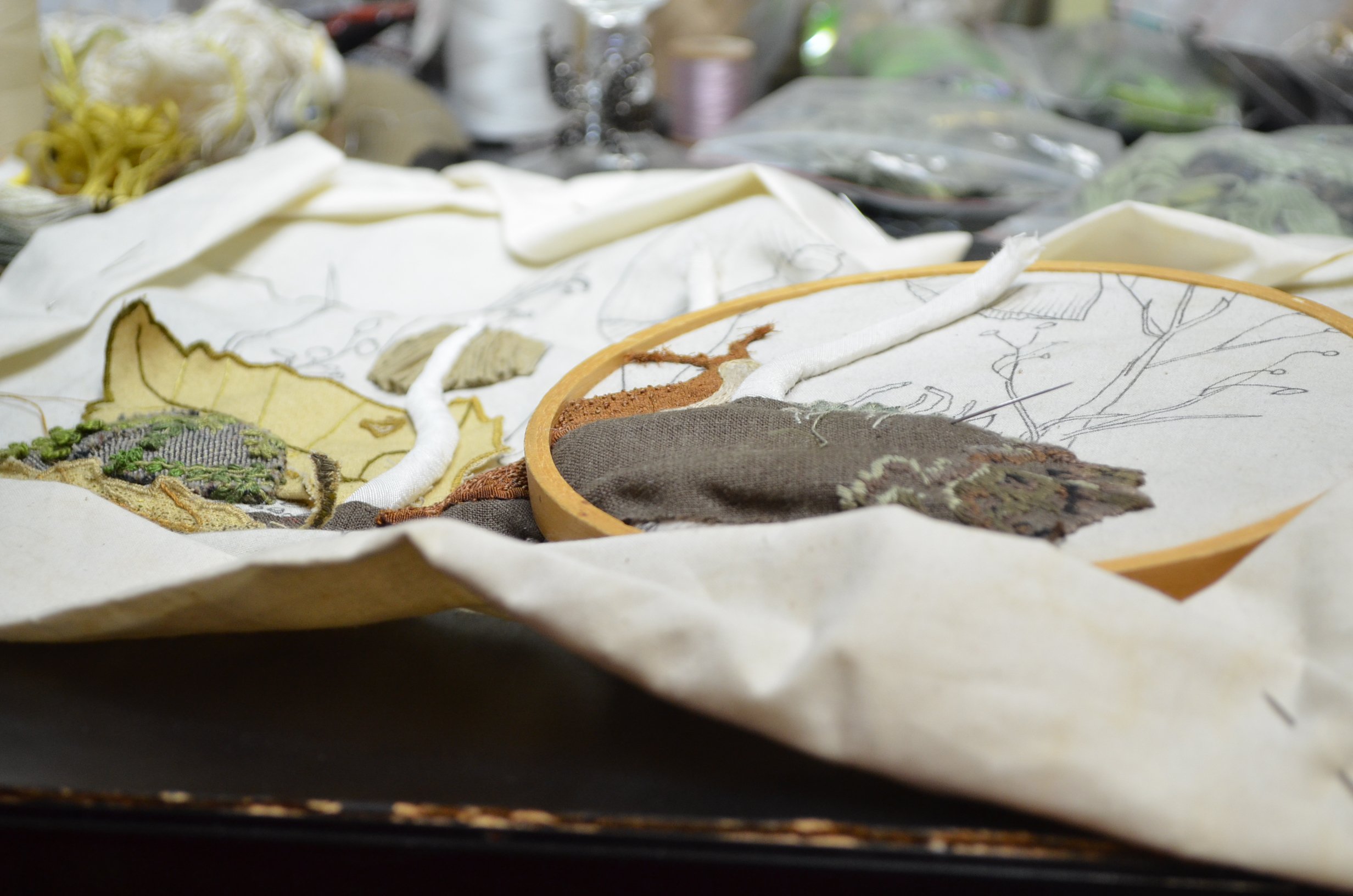